Beijing
Corona virus originated from China. However, this was brought under control in the initial stage itself. Now the virus has hit China once, after which officials have canceled hundreds of flights, closed schools and started widespread testing. It is being said that a group of tourists is responsible for the outbreak of Corona once again. While other countries are easing their restrictions, rules like border restrictions and lockdown in identified places are still in force in China.

For the fifth consecutive day, cases of corona have been registered in China, which have mostly come from the northern and northwestern parts of the country. The authorities have made the rules more strict to control the situation. The recent outbreak is said to be related to an elderly couple who were involved in several tourist groups. He started his journey from Shanghai before flying to Xi’an, Gansu Province and Inner Mongolia.

lockdown for some homes
Dozens of cases have been reported after the couple’s travels in at least five provinces and territories, including the capital Beijing. Local governments have started testing on a large scale. Schools, entertainment venues and tourism sites have been closed in the affected areas. Lockdown has also been imposed for some houses. People have been advised not to step out of their homes except for essential work. Global corona virus cases have increased to 24.24 crores.

Death toll near 50 lakh
So far more than 49.2 lakh people have died due to this epidemic, while more than 6.73 billion people have been vaccinated. These figures have been shared by Johns Hopkins University. In its latest update on Friday morning, the university’s Center for Systems Science and Engineering (CSSE) reported that the current global cases, deaths and total number of immunizations stood at 242,449,033, 4,928,934 and 6,733,417,557, respectively.

Lahore/KartarpurPunjab Chief Minister Charanjit Singh Channi along with 30 people including members of his cabinet arrived in Pakistan on Thursday to visit Gurdwara Darbar Sahib. They reached the Gurudwara via the Kartarpur corridor. The...

This dinosaur used to rule the earth 130 million years ago, enemies were afraid of sharp claws like razor

madridworld’s most dangerous dinosaur Scientists have got many important information from the fossil of one of the Portelasaurus sosbayanati. According to a new study, this herbivorous dinosaur found on Earth 130 million years ago... 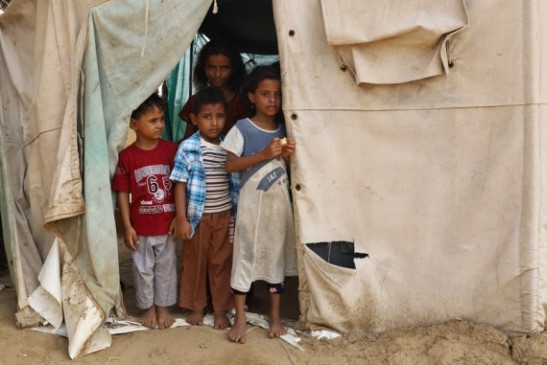 Dainik Bhaskar Hindi – bhaskarhindi.com, New York. The United Nations has warned that more than half of Yemen’s population or 16 million people are on the verge of starvation and that food aid could...