Corona has not run away, even after getting the vaccine, Kamal Haasan became Covid +, know why not lax now

Corona cases are increasing worldwide. However, the fear among the people about the decreasing cases of corona had subsided. But gradually the cases that have come to the fore have increased the concern. Recently, Tamil actor and politician Kamal Haasan has been found corona positive after returning from a trip to the US.

The 67-year-old actor has already received the Kovid-19 vaccine, but has been admitted to the hospital despite mild symptoms. The gradually increasing cases of corona in the country are a sign that the corona epidemic is not over yet. Masks and vaccines are the only support to avoid this.

Dengue, flu and pollution related diseases The outbreak of the virus is increasing, due to which people have started taking laxity towards Kovid-19. To say that covid has become less scary than before, but it is not good. Due to the lack of availability of booster shots, lack of immunity to the vaccine, there is also a fear among people that there may be a second wave like situation again.

If you are fully vaccinated and are looking to resume life to normalcy induced by the pandemic, here are some safety measures that you should never forget. Whether the third wave comes or not.

To say that there has been a decline in the cases of corona in the country, but the possibility of new variants of Kovid remains constant. There is an increase in asymptomatic vaccination sites in the US and parts of Europe. However, it is being said that new variants of Kovid-19 may come in the spring. It is also being speculated that the severity of the Kovid epidemic will be seen in the coming weeks. Even though a large number of cases are not being recorded right now, but this cannot be considered as the end of Kovid-19 in India.

4 new variants of COVID-19 coming after Delta Plus, a little carelessness can be heavy

Do not leave your mask at home

In the pandemic, the mask along with the vaccine has given us complete protection. Not only does a mask protect people in a crowd, but it also limits its spread if a sick person wears it. Moreover, proper use of masks even with vaccinations goes a long way in enhancing protection and reducing the risk of symptom severity. The mask is also good for someone who has been vaccinated but does not work as effectively on it. That’s why you still use a good quality mask. This is the best support at the moment.

After being in isolation for a long time, people have started living a normal life. People are slowly moving out, going for walks, attending weddings. But keep in mind that even when gathering in one place socially, still follow social distancing. Try to make sure all the people you are hanging out with have got the vaccine. It is also advised to travel to only those places where the risk of Kovid is very low and the protocol is being strictly followed.

Lessons learned from the mistakes made in the second wave; If the ‘third wave’ comes, be careful like this

Increasing pollution is increasing the risk of Kovid

The rising level of pollution is a very dangerous risk factor. It definitely increases the risk of covid. Explain that air pollution has been identified due to an 11 percent increase in severe Kovid cases. Heavy pollutants in the air can also cause the virus to persist in the air for a long time and cause infection. Which can increase the chances of infection.

Keeping these 8 plants at home increases the oxygen level, purifies the air

The risk of Kovid-19 is higher for those who were vaccinated for the first time post rollout. These people need to be more careful. Even if you are someone who has emerged from covid or any serious illness, stay safe while stepping out, don’t take matters lightly and take care of your health for the better.

Disclaimer: This article is for general information only. It cannot in any way be a substitute for any medicine or treatment. Always contact your doctor for more details. 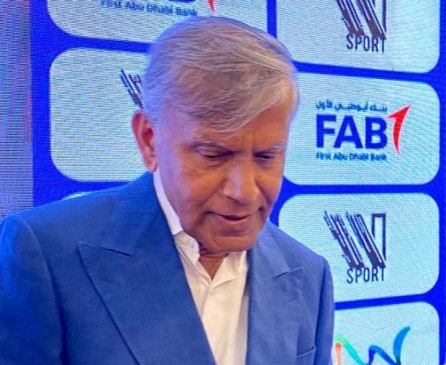 Diabetes type 2: Not early in the morning, but by exercising at this time, the sugar level is quickly controlled; Learn How From Expert