Congress will attend PM’s all-party meeting on the situation in J&K, Sonia Gandhi-Manmohan Singh did ‘Maha-churning’ on the agenda

Srinagar
To be chaired by PM Narendra Modi in Delhi on June 24 Jammu and Kashmir Brainstorming is also going on within the Congress party for the meeting of the leaders of the Congress. Invitations have also been sent to many leaders of the Congress party to attend this meeting. These include leaders like Ghulam Nabi Azad and Ghulam Ahmad Mir, who will be a part of this meeting along with other politicians. Party leaders have held talks with Congress President Sonia Gandhi and former Prime Minister Manmohan Singh in this regard. A virtual meeting has been organized under the chairmanship of Sonia Gandhi on Tuesday evening. Many members of J&K Congress have attended this meeting.

According to party internal sources, the meeting started at 5 pm in the presence of former PM Manmohan Singh. In this meeting, Sonia Gandhi, former PM Manmohan Singh, former Union Minister Ghulam Nabi Azad, P. Chidambaram, Congress leader Rajni Patil, Congress State President in J&K Ghulam Ahmed Mir have attended. However, no leader of Congress’ power center Gandhi family has participated in this meeting. Congress leaders say that their representatives will participate in the meeting to be chaired by the PM, but the opinion of all senior leaders including Manmohan Singh is being taken to discuss the agenda that will be placed in this meeting.

A senior Congress leader in Jammu and Kashmir Navbharat Times Said in his conversation that his party members would be part of the all-party meeting. He said that the Congress party has always been an advocate of resolving all the issues of Jammu and Kashmir through dialogue. In such a situation, in this meeting also there will be a wide discussion on the subjects of the state. Asked what would be the agenda of the Congress if the PM offered anything on the issue of holding elections and delimitation in the future, he said that only after talks with senior party leaders and the agenda is known. Can be called.

Monitoring every activity
At the same time, all the preparations are being made by the central government for this meeting. Union Home Secretary Ajay Bhalla and National Security Advisor are constantly monitoring the situation in Jammu and Kashmir from Delhi.

Invitation to 4 former Chief Ministers and 4 Deputy CMs
A total of 14 leaders of Jammu and Kashmir have been invited for the all-party meeting to be held in Delhi. This includes 4 former CMs and 4 former deputy CMs. On behalf of the BJP, this meeting will be attended by big leaders of Jammu and Kashmir and former Deputy CM Nirmal Singh and Kavinder Gupta and Union Minister Jitendra Singh. While former CM Ghulam Nabi Azad, Mehbooba Mufti And Farooq Abdullah Will also be a part of the meeting after their consent. 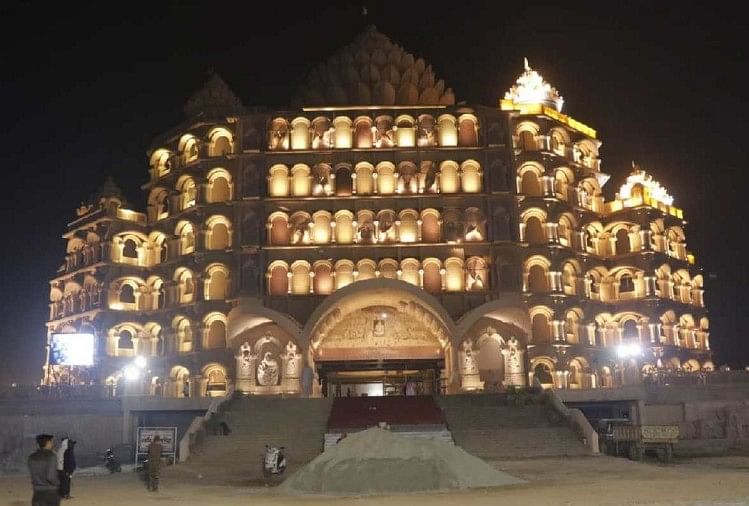 Electricity Reform: The amount of money in the meter, the electricity will burn only, know what is the matter

Highlights The day is not far when prepaid meters will be installed in central government offices. If this happens, then the amount of money in the meter, you will be able to burn the...