Clothes drenched with blood, splattered all around… murdered husband while sleeping with a friend

New Delhi
The wife killed her husband inside the flat in Nihal Vihar area. The son and daughter and two househelps were sleeping in the flat at the time of the incident. The deceased has been identified as Anil. He used to run a placement agency. When the wife came to know that her husband had remarried, the wife called a friend and killed her husband while sleeping at night. On getting information about the incident, the local police reached. There was blood splattered on the walls and all around the room. The clothes of the accused wife were stained, injury marks were also found on the hands. In the initial investigation, the police suspected the woman. However, he tried to mislead the police in every possible way. But after rigorous interrogation, he confessed to the crime. At present, the woman’s friend is absconding. The police team is raiding him. The body has been handed over to the relatives after the postmortem. The woman has been arrested on the charge of murder.

According to the police, Anil lived with the family in a flat in Shiv Vihar, Nilothi Extension. Originally belonged to village Chadhi Nawahod, District Kodraya, Jharkhand. He is survived by wife Bhuveshwari Devi aka Pinky, son Abhishek and daughter Priya. His two househelps Jayanti and Mahavati aka Maya also live with him. The caller called the police at 5:57 am on Thursday morning. Told that a man has been murdered. There is a blanket lying on the dead body. The police reached the flat on the fourth floor. The dead body was lying in a pool of blood on the bed in a small room. There was a lot of blood around. Anil had injury marks on many parts of his body including face and neck.

Attempted to commit suicide by doing FB live, the promptness of the police saved the life of the businessman
It was learned from the family that everyone was sleeping at the time of the incident. But when he saw blood on Anil’s wife’s clothes and tried to get information after seeing injury marks on her body too. The wife revealed to have committed the murder. She told that her husband had arranged another marriage, after coming to know about which there used to be frequent quarrels between them. The same happened at the time of the incident, after which she killed her husband amidst a scuffle. He too had some injuries in the incident. The woman had called her friend Raj for the murder. He is absconding since the incident. 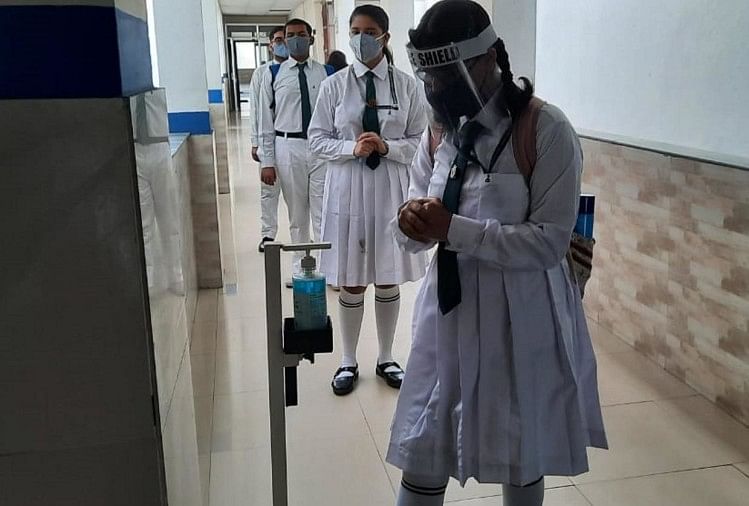 Relief: Even after the opening of the school, the infection rate among the children is the lowest in the whole country, 400 corona patients under treatment in Delhi

Summary Even after the opening of schools in the country’s capital Delhi, the infection rate among children is the lowest in the whole country. 400 corona patients under treatment in Delhi in which children... Supreme Court: Disregarding court decisions is not good for the rule of law, rejects the decision of Bihar government

Summary The Supreme Court said that by this order of the state government, the fundamental rights of other citizens were affected by the strictness of the Scheduled Castes / Scheduled Tribes (Prevention of Atrocities)... Alarm bells: In the 80s, the number of scorching summer days used to fall in a year, now their number has doubled