Chappell taught the team to win by achieving the target in ODIs: Raina

New Delhi
Former Indian team all-rounder Suresh Raina says that when Greg Chappell was the coach of the team, he taught Team India to win while chasing the target in ODIs.

“I think Chappell’s coaching career may have been controversial but he taught India about winning and the importance of winning,” Raina wrote in his forthcoming autobiography, ‘Believe What Life and Cricket Taught Me’.

Why did Suresh Raina talk about finding happiness in small things, know the reason
“We were all playing well at that time but I remember he made us aware of the batting wobble while chasing the target,” he said.

Raina is considered one of those players whom Chappell relied on. Raina made his ODI debut in Sri Lanka during Chappell’s first series. Raina played 226 ODI matches for India in his career and scored 5615 runs. Along with this, he also took 36 wickets. Under Chappell’s leadership, Team India won 17 ODIs chasing the target from September 2005 to May 2006 under the captaincy of Rahul Dravid.

Highlights: Case registered against MD of Twitter India in Bulandshahr A case has been registered on the complaint of a Bajrang Dal leader Twitter showed Jammu and Kashmir and Ladakh as separate countries on...

Mumbai Test: Loss to NZ in WTC final will be accounted for, Team India 5 steps away from victory

Mumbai New Zealand in Mumbai Test match (IND vs NZ 2nd TestTeam India’s victory against ) is fixed on the fourth day. Chasing the huge target set by Kohli & Co, the condition of... 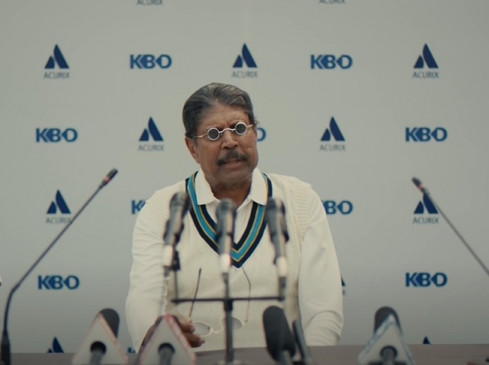 Digital Desk, New Delhi. Legendary all-rounder Kapil Dev has urged the Board of Control for Cricket in India (BCCI) to plan the game’s schedule better and said players should also learn to prioritize and...