Cancer victim wanted to meet children in India for the last time, Singapore doctors did it

Singapore
A team of doctors from Singapore arranged the travel of a cancer survivor from a hospital to Tiruchirappalli amid the global pandemic to fulfill her last wish to meet her two children in India. In an interview with the cancer survivor’s husband Rajagopalan Kolanchimani, Channel News Asia (CNA) said that Ramamurthy Rajeswari, a permanent resident of Singapore, had throat cancer and wanted to meet her 12 and nine-year-old children living in Tiruchirappalli.

His relatives have been taking care of their children in Tiruchirappalli since their cancer related problems escalated in January 2019. Rajeshwari passed away on 27 June 2020, two weeks after the couple arrived in India. She was 44 years old. Kolanchimani said, ‘She had said that she would not say goodbye to this world without seeing her children. She was very happy to meet the children. He said that she would be fine and we would all be together again.

‘I didn’t believe it would be possible’
Kolanchimani told that Rajeshwari could not speak and used to speak through an app. It was only after reaching Tiruchirappalli that he was taken to a hospital so that his condition was stable. The hospital was also arranged by his medical team from ‘Tan Toc Seng Hospital’ (TTSH) in Singapore through ‘Asia Pacific Palliative Care Network’.

Kolanchimani said, ‘I could not believe that all this would be possible. They told us that we can go on 10th June, but we could not believe it because the situation was very bad due to Kovid-19 and Rajeshwari’s condition was also very critical. After staying in the hospital for a few days after reaching Tiruchirappalli, Rajeshwari was discharged from the hospital to go to her home located about 50 km from there.

‘Keep looking at pictures of her children, family living in India’
He said, ‘Suddenly she became unconscious… When I saw her pulse had stopped and the doctors suggested us not to try any more.’ At the same time, Dr. Tarishiya Yung, Rajeshwari’s doctor at TTSH, said, ‘From a medical point of view, we did not think this would be possible. Rajeshwari kept her phone with her at all times and kept looking at pictures of her children and family living in India.

He said Rajeshwari could not speak due to cancer, but the medical team treating her knew that “her last wish was to go to India and meet the children”. Dr. Tarisia Yung said that seeing Rajeshwari’s spirit, the medical team made up her mind to fulfill her last wish. The troubles were no less. His condition was not stable, there was an outbreak of Kovid-19 in India and across the country and flights from Singapore to India were short and at frequent intervals.

He said that he immediately made all the arrangements and told Rajeshwari’s husband and sister what to do on the plane in case of any emergency. Some other passengers had given up their seats for Rajeshwari’s husband and his sister as there were no seats in the plane. Kolanchimani said that he is grateful to all the doctors who made that journey possible.

Covid 19 Pfizer Medicine: This medicine of Corona is so effective that research had to be stopped in the middle

WashingtonThe day is not far when, like other diseases, covid-19 can also be cured with pills. Now Pfizer has also joined the race for medicines for the corona virus. On Friday, the company put... 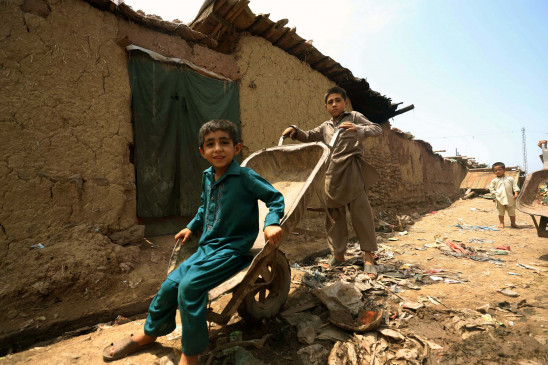 Afghan children face severe food shortage amid conflict, poverty | Amidst conflict and poverty, Afghan children are working on the street, not getting food – Bhaskar

Digital Desk, Kabul. World Children’s Day is celebrated in many countries around the world to promote children’s rights to education, health and enjoyment, but many children in war-torn Afghanistan have to do street work...