Boman Irani Birthday: Boman Irani was desperate to become a photographer in the World Cup, worked for 6 months for free

Boman Irani is celebrating his 62nd birthday today. It was not so easy for Boman, one of the best actors in Bollywood, to reach here. Boman Irani saw the period of troubles from the time when he was born. Six months before Boman was born, his father’s shadow went away from his head. Irani did a 2 year waiter course from Mithibai College. Irani wanted to do photography for the World Boxing Championships but was turned down. However, he did not give up and then did so that there was a demand for his photographs taken.

He started working in Hotel Taj Mahal while doing polytechnic diploma course. He worked as a waiter and room service for two years. After this he got a promotion and became a waiter at the French restaurant Rendezvous above the hotel.

For about 32 years, Irani, along with his mother, used to oversee the work of his ancestral bakery and namkeen shop. He used to sell tea and potato chips at this bakery shop located at B’s of Novelty and Apsara Cinema on Mumbai’s Grant Road.

While working in the Taj Mahal, he bought the camera by depositing the money he received as a tip from the guest who came there. Irani used to take pictures of sports (school cricket and football matches) with this camera and sell them for Rs 20-30. He continued this work even after marriage. But Irani was dreaming ahead. According to reports, Irani met Adajania (who was the President of Olympic Boxing Association of India) 6 months before the World Boxing Championships in Mumbai and requested him to keep himself as an official photographer.

It is said that when Adajania told him that she did not need him, Irani offered him a chance to cover the event and in return he would work in her office for 6 months without salary. He kept trying to convince them and then he covered the state boxing match in his own style unlike the rest of the photographers. It is also discussed that after this, Adajania was very impressed after seeing the photos and passion taken by him and kept him as an official photographer.

Irani became the official photographer of the Norwegian boxing team and wanted pictures of the famous Norwegian boxer Ole Klemetsen. When he was asked to charge for it, Bowman imposed the international rate.

Irani was also very inclined towards acting during her childhood and college days and this worm was still inside her. Eventually in the year 2000, he turned to acting. He started his acting career with advertisements like Fanta, Crack Jack Ceat. In the year 2003, he started ruling the hearts of the audience with his acting in the film Munna Bhai MBBS.

Aryan, son of Shah Rukh Khan, who was arrested in the drugs case, was sent to judicial custody for 14 days along with his friends Arbaaz Merchant and Munmun Dhamecha. During the court hearing... 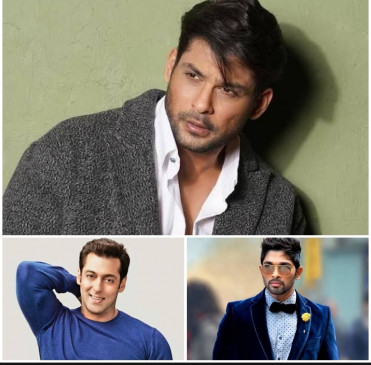 Digital Desk, Mumbai. The Year in Review 2021 report released by web service Yahoo says that late reality television star and actor, Sidharth Shukla, is the most searched male celebrity of the year. Shukla...

When ‘Chhoti’ Janhvi Kapoor danced to the song ‘Piya Piya’, the video of the Dil Jeet Lega actress

Apart from acting in films, Bollywood actress Janhvi Kapoor attracts the attention of people with her presence on social media. She keeps sharing her videos and photos with her fans every day. A throwback...