Bihar Coronavirus Crisis: Is there a risk of infection of Delta Plus variant in Bihar too, Patna AIIMS director gave this answer

Patna
In Bihar, the pace of corona infection may have decreased a bit, but new cases are continuously coming up. On Thursday, 212 new positive cases have been reported. However, during the second wave, the delta variant of Kovid-19 created a ruckus in the state. Now once again the risk of the new variant Delta Plus of this epidemic is being feared to increase. Patna AIIMS Director Dr. PK Singh said that a large population, including children, is yet to get the vaccine. In such a situation, the infection of a new variant of the corona virus can affect.

‘Transmission rate of Delta Plus variant much higher than that of second wave’
Patna AIIMS Director Dr. PK Singh said that the new variant of corona virus which is known as B.1.617.2.1 or AY.1. Its effect is already visible in Maharashtra and some other states, it cannot be denied that its effect will not be visible in Bihar. He said that according to the information coming from elsewhere, the transmission rate of the Delta Plus variant is much higher than that of the second wave and may prove to be more lethal.

Also read: – In Chapra, the nurse gave vaccination by giving an empty injection, the administration asked for the answer in awe

How effective is the corona vaccine in the Delta Plus variant?
Dr. PK Singh further said that to prevent this, it is necessary that people follow the Corona guidelines. Along with mask, social distance, leave the house only when necessary. Despite the relaxation in the lockdown, if people take precautions, then the cases of this epidemic can be controlled further. While the vaccine of Covaxin and Covishield is somewhat effective in the Delta Plus variant, no scientific study has been revealed on this yet. However, Dr Singh said the antibodies developed after vaccination would provide protection to a great extent.

Samastipur News: No mask… no social distance, if this is not an invitation to Corona then what is?

Bihar in top 10 states of the country in vaccination
On the other hand, in Bihar, the vaccination campaign is being carried forward more rapidly amid the stagnation of Corona. Bihar is among the top 10 states in the country in terms of vaccination. According to official figures, so far 45.96 lakh 18+ people have been given the first dose of the vaccine in the state. Along with this, necessary steps are being taken continuously to promote vaccination in all the major districts. The Civil Surgeon of Purnia said that the district is on top in giving vaccine. The Bhagalpur administration has also made preparations to start a special campaign regarding vaccination, in which efforts will be made to reach 64192 houses.

Wimbledon Open 2021: Djokovic in third round, Bianca loses in first round

LondonSerbian star Novak Djokovic advanced to the third round of the Wimbledon Tennis Grand Slam with a 6-3, 6-3, 6-3 win over Kevin Anderson on Wednesday. Djokovic slipped and stumbled several times on the...

Rahul hit back on Pujara and Rahane’s poor form, said – they do not need to be told how to recover from this

Highlights The failure of the Indian middle order is a matter of concern. Rahane and Pujara along with captain Kohli are waiting for the big innings India scored 364 runs in the first innings... 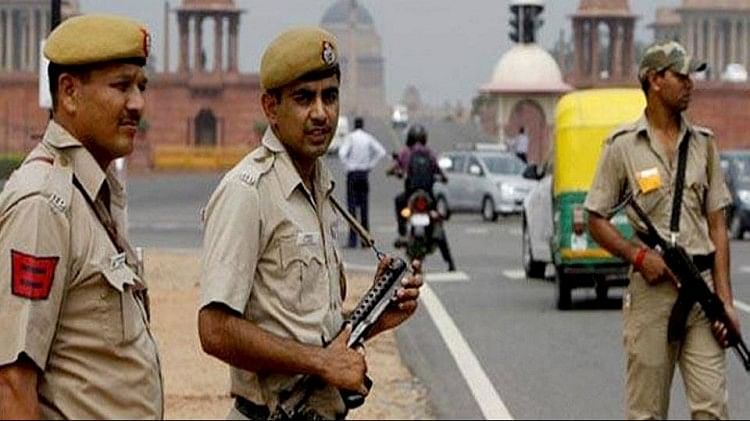 Delhi News: On August 15, there will be no jam on the borders of Delhi, traffic police started its exercise from now

Trending Trending This time there will be no jam on the borders of Delhi on August 15. The traffic police has already started its exercise. For this, letters are being written to neighboring states...