‘Artificial limbs are asked to be removed’, Sudha Chandran saddened by being stopped every time at the airport, appeals to PM Modi

Sudha Chandran has faced this situation many times and now when the matter has grown beyond the limit, she has made a video and shared it on social media. Describing his position in this video, Prime Minister Narendra Modi

The pain of spilled Sudha Chandran – is respect given like this?
This is a very personal thing that I want to share with our dear Prime Minister Modi (Narendra Modi) I want to tell Mr. This is my appeal to the central and state governments. My name is Sudha Chandran and I am an actress and professional dancer by profession. I created history by dancing with an artificial limb and made my country proud. But every time I go on professional visits, I am stopped at the airport. When I request the security and CISF officers to please do an ETD test for my artificial limb, they still ask me to take off my artificial limb and show it to them.


A lot of reactions are coming on this post of Sudha Chandran. From Karanvir Bohra to Adah Khan and other celebs as well as fans, have also expressed grief over the situation.

Read: Sudha Chandran did not want to live after losing her leg in an accident, said – remained unemployed for 7 years

One leg had to be amputated because of this
In an interview given to ‘Humans of Bombay’, Sudha Chandran had told that she started learning dance at the age of three and a half years. She also used to go to school at that time. When school would have ended, she would have reached for dance. Once when she was traveling by bus with her family, the bus met with an accident and Sudha Chandran suffered a fracture in one leg and also suffered a lot of injuries. The doctor then bandaged the injury, but later the leg developed gangrene and the leg had to be amputated. He was later fitted with an artificial leg.

At the same time, in an interview given to our colleague ETimes, Sudha Chandran had told that there were many moments after the accident when she started thinking about dying and did not want to live, but her parents became her big support.

veteran actor Dilip Kumar (Dilip Kumar is Stable) is admitted in the ICU of Hinduja Hospital. He was admitted to the hospital on Sunday due to difficulty in breathing for several days, after which...

As soon as the gate is opened… rinky– Today is my wedding… Why have you come back in my life now? goluWhere to keep rose flowers? Should you leave the business? gentle, perfect city... 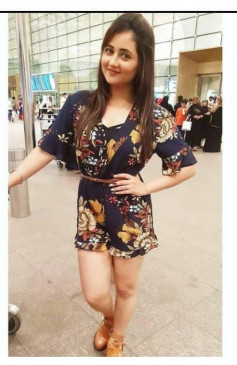 digital desk,Mumbai. The competition in the controversial reality show Bigg Boss 15 is getting serious day by day and now there are rumors that Rashami Desai and Devoleena Bhattacharjee may enter the house as...