Dubai
When the West Indies team, adorned with explosive batsmen, reached to bat first after losing the toss, it was thought that there would be a high-scoring match in Dubai on a pitch helpful to the batsmen, but English spinner Adil Rashid told in the very first match of the World T20 that 50 overs The champion team is no less than anyone in the shortest format of England cricket.

Adil Rashid created history
Four wickets for just two runs in 2.2 overs i.e. 14 balls. This would be a dream spell for any bowler. But 33-year-old English spinner Adil Rashid of Pakistani origin fulfilled this dream with open eyes. This performance has been recorded in the record book. Before today in the World T20, no bowler had taken four wickets by giving so few runs. When Adil made big victims like captain Kieron Pollard (6), Andre Russell (0), McCoy-Rampal dismissed the West Indies innings.

Bowler who took four wickets with minimum runs (Men’s T20 WC)
West Indies’ minimum score in World Cup
Two powerful teams of the shortest format of cricket were face to face in the World T20 on Saturday night. West Indies had to take on England in the second match of the first day of the Super-12 round. The Caribbean team was reduced to just 55 runs. Barring Chris Gayle (13 runs in 13 balls), none of the batsmen could reach double digits. England had never been able to beat the West Indies in the T20 World Cup played so far. But this time history is bound to change. The victory of this British victory will undoubtedly adorn the head of the enchanting spinner Adil Rashid.

Third smallest score in World Cup history
All out after scoring 55 runs in 14.2 overs, West Indies have now become the only Test playing country whose name is the lowest total in the T20 World Cup. At the same time, this is the third lowest score in the history of the overall T20 World Cup. Earlier, the Netherlands had scored 39 runs against Sri Lanka in 2014. However, during the qualifying round of the same World Cup, the Netherlands team was reduced to 44 runs. Talking about the lowest total score in the overall T20 International, West Indies’ 55 runs will come at number 15. The record for the lowest score in T20 is in the name of Turkey, which they scored 21 runs in 2019 against the Czech Republic.

If someone is pocket friendly then someone will have to pay a higher price, these latest 5G smartphones are available for every budget user.

Highlights: Powerful 5G phones are available in less than 25,000 Available on Amazon and Flipkart Smartphones are equipped with strong features Vedanta Kumar, New Delhi. Cheapest 5G Smartphones: Do you want to get a...

New IPL Teams Named: ‘Dus Ka Dum’ has been seen in IPL even 10 years ago, 74 matches will be played instead of 60 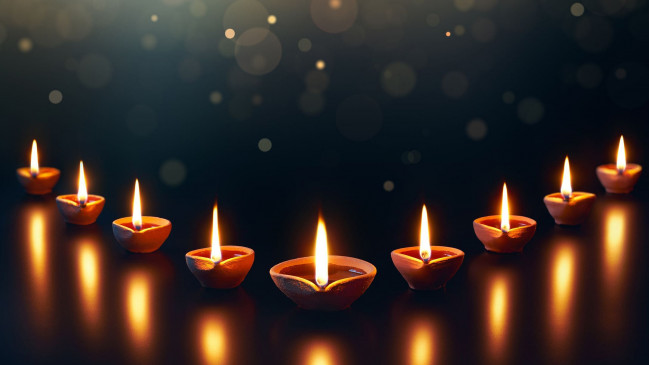 light the lamps at these specific places on Diwali for profit in money matters | Lighting lamps at these places on the night of Diwali will bring health benefits along with money, don’t leave this place by mistake – Bhaskar

Digital Desk, New Delhi. Diwali is called the festival of lights, on the night of Deepawali, lamps are seen burning everywhere. Most of the people light these lamps only after worshiping Goddess Lakshmi. It...