A candidate like this too: This candidate wants to make a record of losing 100 times, bought the ticket for the 94th election 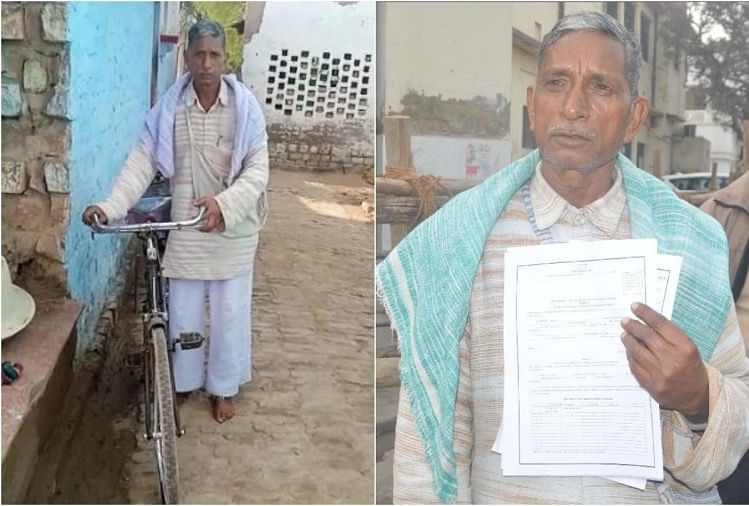 The nomination process for the first phase of the Uttar Pradesh Assembly elections began on Friday. Meanwhile, the period of defection continues. Candidates are trying hard to win, but there is such a candidate in Agra district who fights to lose. You will be surprised to know that this candidate’s ambition is also to score a losing century. Name is Hasnooram Ambedkar.

75-year-old Hasnooram Ambedkar, a resident of Nagla groom of Kheragarh, reached the Collectorate on Friday to contest the independent election for the 94th time. 37 pamphlets were sold on the first day of enrollment. One eunuch, two women and 34 men took the pamphlets. Among them the story of Hasnooram Ambedkar is unique in itself. Even after losing the elections 93 times on various posts, Hasnooram’s spirits remain intact. With this spirit, he is once again preparing to enter the election fray.

Hasnooram Ambedkar told that he has contested 93 elections separately since 1985. Want to make a record of losing 100 times. He told that I have never spent a single rupee in any election. He also nominated once for the presidency, but the form was rejected.

Hasnooram told that he was the government Amin in the tehsil in 1984. Then there was a desire to contest the election, then asked for a ticket from a party. Instead of giving ticket, he made fun of me, where will no one vote for you in your house. Since then, Hasnooram got hooked to contesting elections. Since then he has contested 93 times in various positions.

Police force deployed at the gate of the collectorate – Photo : Amar Ujala

For the first time for nine seats in Agra district, pamphlets are being filled at the same site collectorate. At eight o’clock in the morning on Friday, the collectorate complex was converted into a cantonment. Heavy police force was deployed at the gate. Everyone got entry into the premises after checking. A total of 37 pamphlets were sold on nine seats on the first day. In which 18 independents and 19 people of political parties have taken it.

Kinnar Radhika Bai has taken the form as an independent candidate from Agra Cantonment area. From the South seat, Mr. Ansari has filed as an independent. Hasnooram Ambedkar has bought a ticket to contest from Kheragarh. However, the account of nomination has not been opened due to non-filling of form by any candidate on the first day.

Previous Post
Punjab Chief Minister’s demand: Due to Ravidas Jayanti, the date of election should be extended, letter written to the commission
Next Post
Team India Schedule: Now what is the challenge in front of Team India? In how many matches will Virat Kohli captain this year?

Highlights DDMA had given permission to open Delhi schools from August 9 Schools of class 10-12 are opening gradually, but attendance is very less Number of students may increase in government schools this week... Samvad News Agency, Haridwar Published by: Alka Tyagi Updated Mon, 08 Nov 2021 09:51 PM IST Summary Uttarakhand Election 2022: When the reception began to conclude, there was an altercation between the strong contenders...

New DelhiDelhi Sikh Gurdwara Management Committee (DSGMC) elections saw 37.27 per cent voter turnout on Sunday. Counting of votes will take place on August 25. At the same time, the election process will be...